Ticks (Class Arachnida; Order Acari) are widespread across the United States (US) and tens of thousands of tick-borne diseases are reported yearly in the US. Approximately 40 tick species blood feed on humans in the US and at least 11 of these species are known to transmit infectious agents.

Pathogen transmission by ticks depends on a variety of factors including duration of feeding time, pathogen titer, and extent of tissue (e.g., gut, salivary glands) infection at the time of blood feeding. Some pathogens require a period of replication and/or expansion (in response to a blood meal) prior to transmission from a tick.

Consequently, host infection may be prevented if the tick is removed within a critical period of time after attachment; i.e., the longer a tick remains attached, the higher the likelihood that an infectious pathogen dose is transmitted. Replication and/or expansion has been documented for bacterial pathogens causing Rocky Mountain spotted fever, anaplasmosis, Lyme disease, and babesiosis.

Tick-borne viruses differ from bacteria in the duration of replication/expansion required (if any) and may be transmitted more rapidly than bacteria. It is important to note that not all ticks can become infected with, and transmit, all pathogens. Non-competent ticks may be able to acquire a pathogen from a host during blood feeding, but may not be able to sustain the pathogen through molting, and/or be able to transmit the pathogen. Immune responses to pathogens may be greater in non-vector competent ticks compared to ticks that are competent vectors. 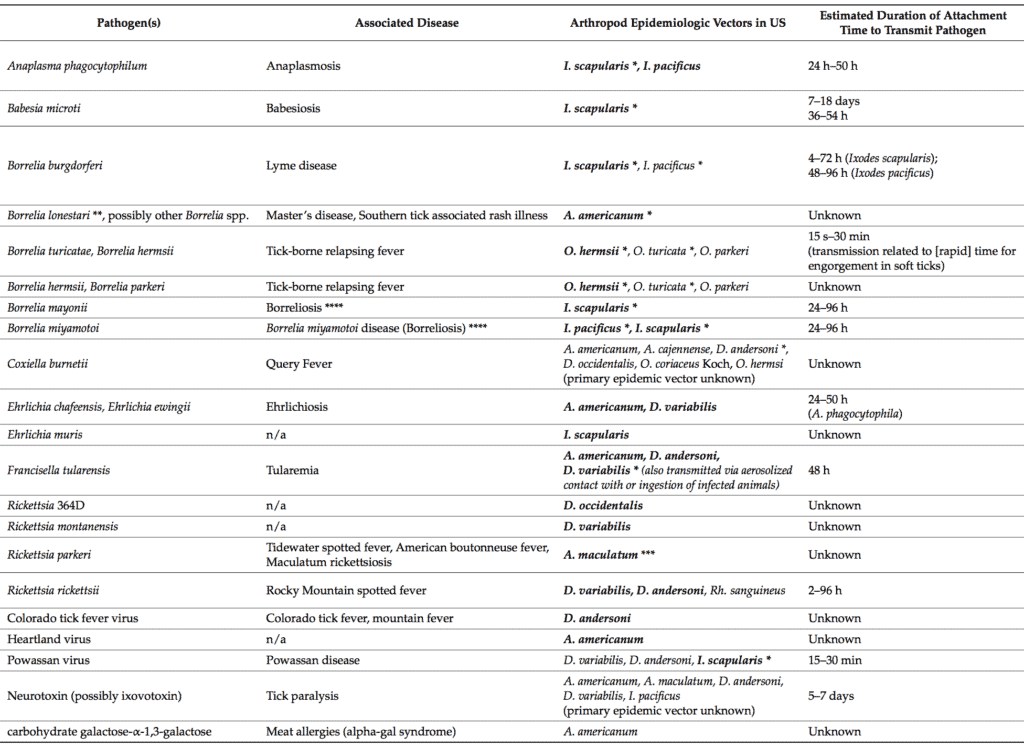